Dangerous or Safe? The Effects of EMFs

As the world yearns for more speed and even quicker gratification, the number of electronic devices increases. More cellular towers are built. Cell towers with higher speeds are created.

All electronic devices emit some form and level of electromagnetic forces (EMFs). Most don’t travel very far. But as the desire for more wireless technology increases, so does the amount of EMFs you’re bathing in.

Most people don’t think twice about the effects of this radiation. They’re content with the conveniences of their lives.

Many, however, have questioned and are worried about the biological effects of EMFs. The questioners are labeled by mainstream society as conspiracy theorists and crazy. 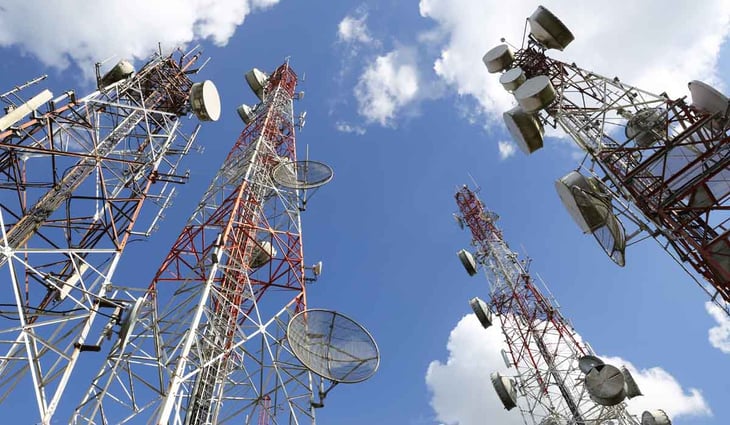 If you’re concerned about how EMFs affect your health, you’re facing an uphill battle.

Between the information pushed by the communications industry and the seeing is believing nature of society (and the invisible EMFs), your ability to turn anyone’s opinion can feel impossible.

Since EMFs are invisible, the best place to start is how you can “see” them.

How EMFs are tested

There are two types of EMFs -- ionizing and non-ionizing. Ionizing radiation is responsible for the rise of a number of superheroes and supervillains in comics.

The two you’re most familiar with are gamma radiation and x-rays. Conventional medicine and the public do not deny the dangers of these. Though, gamma radiation is deadly whereas x-rays only have a small minuscule on your cells.

Ionizing radiation is dangerous because they can knock out electrons from molecules and atoms.

The difference, of course, is you’re constantly being exposed to non-ionizing EMFs -- which makes it all the more important to measure them.

There are consumer devices you can pay for to measure how much radiation your electronics are emitting. Just be aware, it’s a case of you get what you pay for. And, you have to be very still to get an accurate reading.

Cell phone testing is radically different. Rather than measuring the EMFs being emitted, SAR (specific absorption rate) measures how much the body absorbs.

How much EMF do cell phones emit?

Cell phones are not tested with anything that even resembles an actual brain. What’s used is a plastic manikin of a head much larger than the vast majority of most humans filled with water salt and sugar.

The cell phone is held anywhere from 5 to 15 mm away from the ”head.” This is done for a total exposure time of six minutes. (source)

To determine these limits, known as the specific absorption rate, the sugar saltwater filled manikin gets blasted with cell phone radiation for six minutes at a distance of 5 to 15 mm.

This, of course, is vastly different from how people use these mobile devices in their day-to-day lives.

The only goal of this entire procedure is to identify whether or not this low-level non-ionizing radiation is able to increase the temperature of the sugar salt water inside of the manikin more than 1°C. Less than 1°C is considered safe by the International Commission on Non-ionizing Radiation Protection.

This test is considered valid because it’s believed you cannot be harmed by radiation unless it heats your tissues.

These safety guidelines completely dismiss all non-thermal biological effects that exposure to RF radiation has or may have.

To this day, the guidelines established in 1998 are still being used. As we've already discussed the exponential rise in these technologies, it's appalling the safety guidelines haven’t been updated to match the exponential increase in exposure.

The fact is, when tested on the body with no separation, 90% of all cell phones exceed the FCC radiation limits up to nine-fold.

All while the average cell phone user uses a device for more than five hours in their daily lives. With the most vulnerable among us being our youth, children's heads absorb up to two times the amount of radiation and their bone marrow upwards of 10 times those of adults.

It’s obvious the experiments being used to determine the safety of cell phones are woefully inadequate.

Worse yet, the regulations placed on them aren’t even useful. The landscape has changed drastically in 20 years. Roaming charges have all but vanished. No one has any trouble getting a cell phone signal. And, phones are smart now! In 1998, Blackberry phones were still a year out.

So what are the actual non-thermal effects of non-ionizing radiation that might have an impact on someone's biology and their health?

Remember: it’s hardly just cell phones that are polluting your home and environment with EMFs. There are a myriad of Bluetooth devices, Wi-Fi hotspots, and a host of other invisible and hidden sources of these types of radiation.

The biological effects of EMFs

Now, cell phone companies have a lot of skin in the game. So it’s hardly a surprise studies funded by the telecommunications industry can be upwards of 10 times as likely to determine the RF radiation has no biological effect.

This is quite a staggering fact given that it represents a 2.5 times higher bias than the pharmaceutical industry. This is largely because big pharma has the FDA keeping them in check.

Nowhere else do we see this level of industry funding affecting global policy in regards to technologies our exposure levels have risen by one quintillion times over normal levels.

One such meta-analysis looked at 919 papers. 593 of these research papers showed some type of biological effect on animals and plants.

Impacts of radiofrequency electromagnetic fields from cell phone towers and wireless devices on bio systems and ecosystems were found to affect:

Plus, it even affects gene and protein expression in certain types of cells -- even at lower intensities that are supposed to be safe for us to be exposed to! (source)

There are currently about 100 peer-reviewed studies dealing with oxidative stress of low intensity RF radiation.

Of these hundred studies, 93 of them show EMFs induce oxidative effects in biological systems. They say, “low intensity RF radiation is an expressive oxidative agent for living cells with a highly pathogenic potential. Oxidative stress induced by RF radiation exposure should be recognized as one of the primary mechanisms of the biological activity of this kind of radiation.” (source)

Now let's talk genotoxicity. This describes the ability of different chemical agents to damage the genetic information within a cell.

While the studies are about 50-50 on this topic for having an effect or not having an effect, there is plenty of evidence that RF radiation can alter genetic material both in vivo and in vitro in multiple ways.

Add the industry bias on top and there’s a solid case EMFs can damage genes. 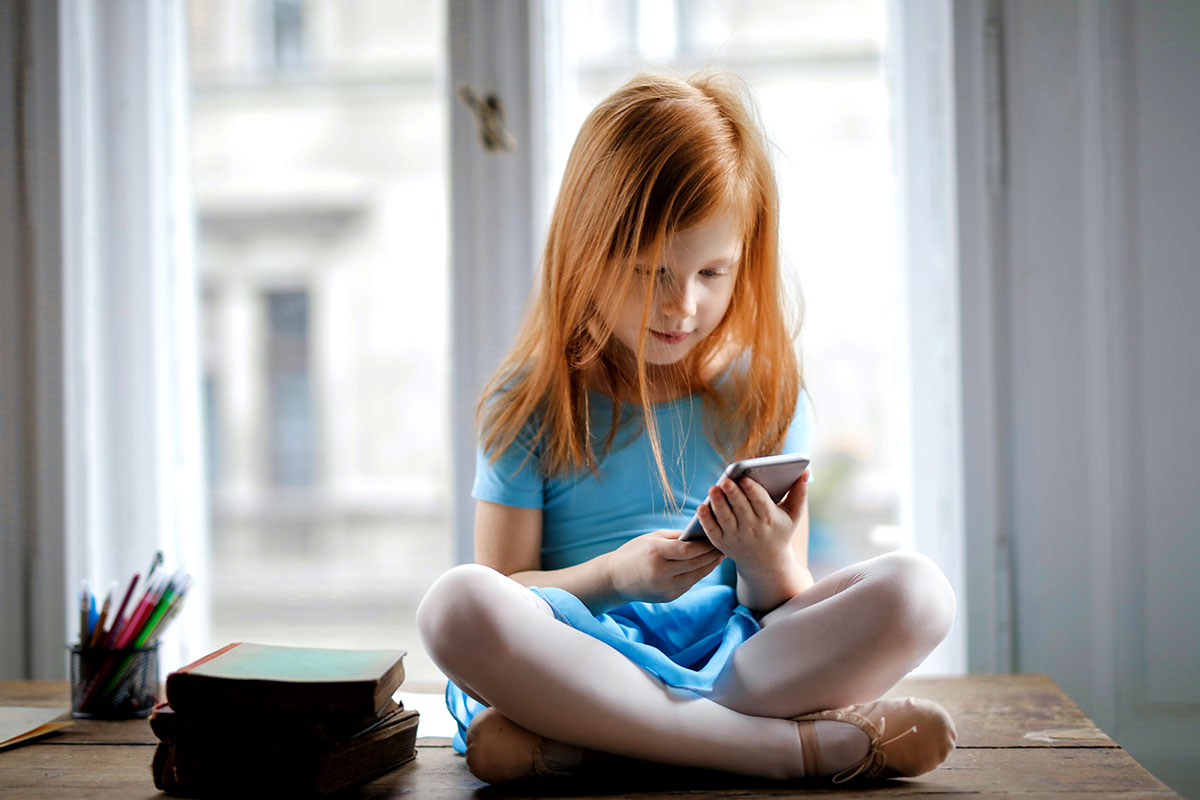 What will happen to our tech-dependent children?

How EMFs damage the body

Where is all of this oxidative stress and genetic damage coming from?

Is there a mechanism that’s been identified to explain what is being seen in these meta-analyses?

A portion of this charge is absorbed by the human body as these waves pass through us. It’s known as body voltage.

Interesting note: You can measure your body voltage with a simple voltage meter from any hardware store. You just attach it anywhere to your body and an appropriate ground (any piece of metal that touches the ground).

When the cell has enough calcium in the voltage channel, the channel is shut off so no more calcium can come in. In other words, the gate is shut.

With the billions of photons passing through us every second, this delicate system that regulates intracellular calcium levels easily gets disrupted.

These voltage sensors are 7.2 million times more sensitive than the effects that heating or thermal effects have on the cell.

This means the 1998 guidelines that are solely based on the thermal effects of RF radiation are approximately 7.2 million times too weak to notice this effect in the body.

And what is the downstream effect of this voltage gated calcium channel activation?

While there very well may be many different biological mechanisms at play here, the main ones scientists have identified so far are two calcium dependent enzymes known as nNOS and eNOS.

Both of these enzymes get activated by excessive calcium and begin to increase intracellular nitric oxide.

Given the highly oxidative lives we lead, most people have a variety of free-flowing reactive oxygen species within their body -- one of them being superoxide.

Superoxide reacts with nitric oxide to form peroxynitrite or ONOO-. This unstable structural isomer of nitrate, is what is known as a reactive nitrogen species. Along with excessive calcium signaling, it causes oxidative stress. (source)

It’s a sobering fact when you consider a landmark paper from 2007 demonstrated peroxynitrite has roles in almost every single disease process. (source)

That’s hardly the only way EMFs affect your body. And now there’s another, higher strength type of EMF being introduced across the world.

As you can see, the myth that non-ionizing radiation has zero biological effects, or that only thermal effects matter, are blatantly false.

With the rollout of things like 5G, your exposure to EMFs is only going to increase. The biological impact of future technologies can only be guessed at. But one thing is definite. Until the companies responsible are taken to task, a significant change will not be made.