Body-Field Correction Has a Preferred Order

We are at the frontiers of biology and physics with our theory of the human body-field, and we find many others with valid and intriguing ideas keeping us company. One such person is American astrophysicist Milo Wolff.

It proposes only three fundamental particles -- the electron, proton, and neutron -- and says that all other particles are "appearances" caused by how the interaction of electrons (which are spherical scalar standing waves, having in-waves and out-waves) interact and thus affect the configuration, or resonance, of space.

This, of course, is not three-dimensional space, but quantum space.

But information, to be useful, has to be what you might call "structured".

In the 1990s, Peter Fraser was doing "space resonance matching" experiments with ampoules that contained liquid or matter that has been imprinted with information along the lines of homeopathic imprinting.

His space resonance matching technique revealed that when two samples "talked" to each other, they exchanged energy and in doing so, imparted information.

He tested thousands of samples such as body tissues or minerals and such, and repeated these tests over and over, for nearly 30 years. He amassed mounds of data about what "talked to" (or "matched with") what, and what didn't.

How Space Resonance Matches Are Organized in NES

The information needed to set up a test for ordinality and sequence in this mass of data was discovered in ancient Chinese sources.

Sequence, in this case, simply means matches sorted in one direction or another, having a preferred order.

Can you believe that a "space resonance matching" response was only observed when a sequence of ampoules of imprinted solution were arranged in the experiment in the right order?

It is strange, but vital to how NES works, as you'll soon see.

Body-Field Correction Has a Preferred Sequence

Odd as it may seem, it's crucial to biology in other respects too.

Think of DNA, with its four bases which can only be arranged in certain pairings, ultimately creating the same structure each time -- a double helix. 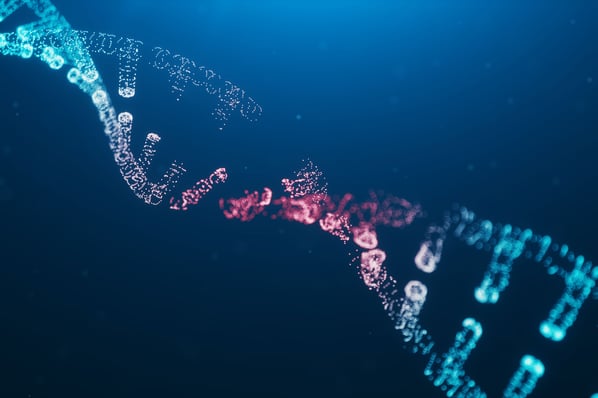 Think of RNA, too. Think of the production of complex enzymes and hormones by the body, where strict sequences have to be observed, and often a complex biological molecule might have nine or more stages of development.

Of course, there is another important aspect of biology where sequence is of critical importance -- in embryology. When there is an error in this order, a clinical pathology results.

Embryology too, links to cavities, as we can see that a major part of early mammalian embryology is concerned with how cavities form and change as the embryo develops.

Embryology is an energetic study on its own. Thus, a thorough study of it should be done from the bioenergetic perspective.

Embryology uses two principles of bioenergetics -- cavities and self-organization. So it's no accident that the embryological development of all mammals has a common route, since the same laws of space apply to all of them.

There is nothing new under the sun, since the Chinese in their traditional medicine realized there was a special type of Source energy that was important for human development.

So, Zero Point Energy (or Source energy) + cavities + ordinality/sequence, provides the basis of bioenergetic embryology. Of course, this is nothing new.

Now, what does this have to do with NES?

At NES, we're concerned with the exchange of information -- in how information is carried in, or by space itself.

Space may act as a sort of template for what energy can do. In other words, information is what drives energy.

Space can organize itself. This property of space, or the process that can take place via space is called "aggregation".

Aggregation is about scale and pattern -- about emergence -- with simpler or more holistic structures emerging from a flux of other, often complex structures at a smaller scale.

Information transfer in nature would be incredibly complex if everything were just collections of spatial structures.

Complex life would not be possible, because of the difficulty in powering its information systems.

So a self-simplifying system is needed. This means that many seemingly small, separate or chaotic patterns can aggregate and transform into a larger, more structured pattern (much like DNA, as mentioned earlier).

But aggregation is more than the ability to self multiply -- it is the ability of two or more pieces of information to interact so as to form a third, different piece of information, from which processes emerge that we might not expect from the functions of its constituent parts.

Carbon and hydrogen and other kinds of atoms group in specific ways to create specific kinds of amino acids. Certain amino acids link in certain ways to form specific hormones. Yet what emerges is wholly different in quality and function from what might be expected just by studying the parts from which it is made.

How NES Uses This Information

Things in nature are constructed according to a larger plan, only it's not always fully understood.

In chemistry, molecules can self assemble. There are very elaborate explanations for how and why this happens, none of them very convincing in the long run.

This same process of emergence and aggregation happens on a larger scale in biology -- on a scale so large it includes the entire body-field, or your energy control system.

The body-field self-assembles and self-repairs itself according to the laws which we are only beginning to understand.

Nevertheless, from decades of research, it is abundantly clear that much like any of these other examples involving biology, the body-field has a preferred way of forming itself. Of great importance to this is the exchange of information made via resonance.

This is one of the most important aspects of NES and our proprietary software. During a scan, our software is able to assess the energy control system, not only finding the blockages, but also returns the areas of highest priorities.

These priorities are depicted as purple or orange dots in the scan. By identifying this preferred sequence, correcting the energy control system becomes much easier -- and helps the body-field repair itself.